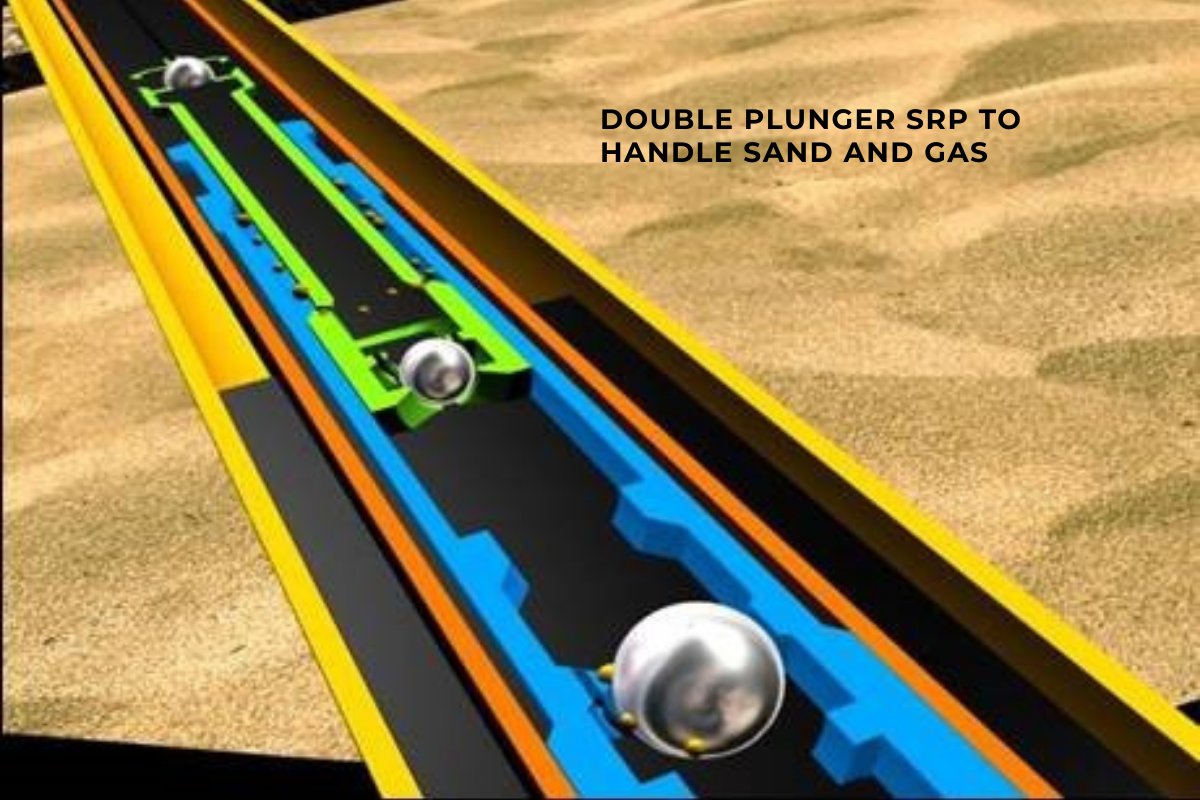 A considerable percentage of heavy oil wells produce high volumes of sediments (sand) and gas, which can affect the optimal performance of artificial lift systems and consequently cause an important decrease in oil production. In the case of Sucker Rod Pumping Systems, the presence of high volumes of sand and gas can cause severe abrasion and blockage problems inside the downhole pump (Barrel). Therefore, some technologies have been developed to mitigate this problem; the Double Plunger Sucker Rod Pump (SRP) to handle this type of unwanted fluids is one of them.

Double Plunger SRP: it is a double stage positive displacement insertable pump, with heavy or thin wall barrels. It is provided with a plunger and a polished hollow rod, with a lower or upper friction ring anchoring system. The plunger is short and is called the primary plunger, which slides inside a normal primary barrel and a long hollow rod also called the secondary plunger, which slides inside a short secondary barrel. Both plunger are coupled by a pressure compensating bushing.

The lower and upper ends of the hollow polished rod do not connect with the secondary short barrel and do not allow the discharge of the fluid through the upper end of the primary plunger as occurs in API pumps; therefore, the transfer of sediments (sand) from the lower high compression chamber to the production pipe occurs.

This pump has two traveling valves, located on the lower and upper ends of the primary plunger and the hollow rod, respectively; this makes the pump a two-stage unit unlike a conventional annular valve. Downhole pumps are normally single-stage, that is, they have a standing valve in the barrel and one traveling valve in the plunger.

The double-stage sucker rod pump have an annular valve, in addition to the others mentioned above. The annular valve is located at the top of the barrel, and its function is to support the load of the fluid column that is above the pump.

The annular space between the seconday plunger and the primary barrel allows the transfer of the gas present in heavy oils with a high Gas-Oil Ratio, since it functions as a high compression chamber. During the upstroke, the oil with the gas enters the low pressure chamber that forms below the lower traveling valve, due to the vacuum generated. This forces the standing valve to open and allow the movement of fluid into the pump. On the downstroke, oil, water and gas are compressed and transferred into the primary plunger through the lower traveling valve. Due to its expansive capacity, the gas is transferred to the high pressure chamber and the rest of the fluid is transferred to the secondary plunger. Subsequently, the oil with the gas re-enters the low pressure chamber and at the same time the gas contained in the high pressure chamber is compressed and forced to enter the interior of the hollow rod through the pressure compensating bushing; when the pressure inside it increases, the upper traveling valve opens and the transfer of fluids through the production tubing occurs. 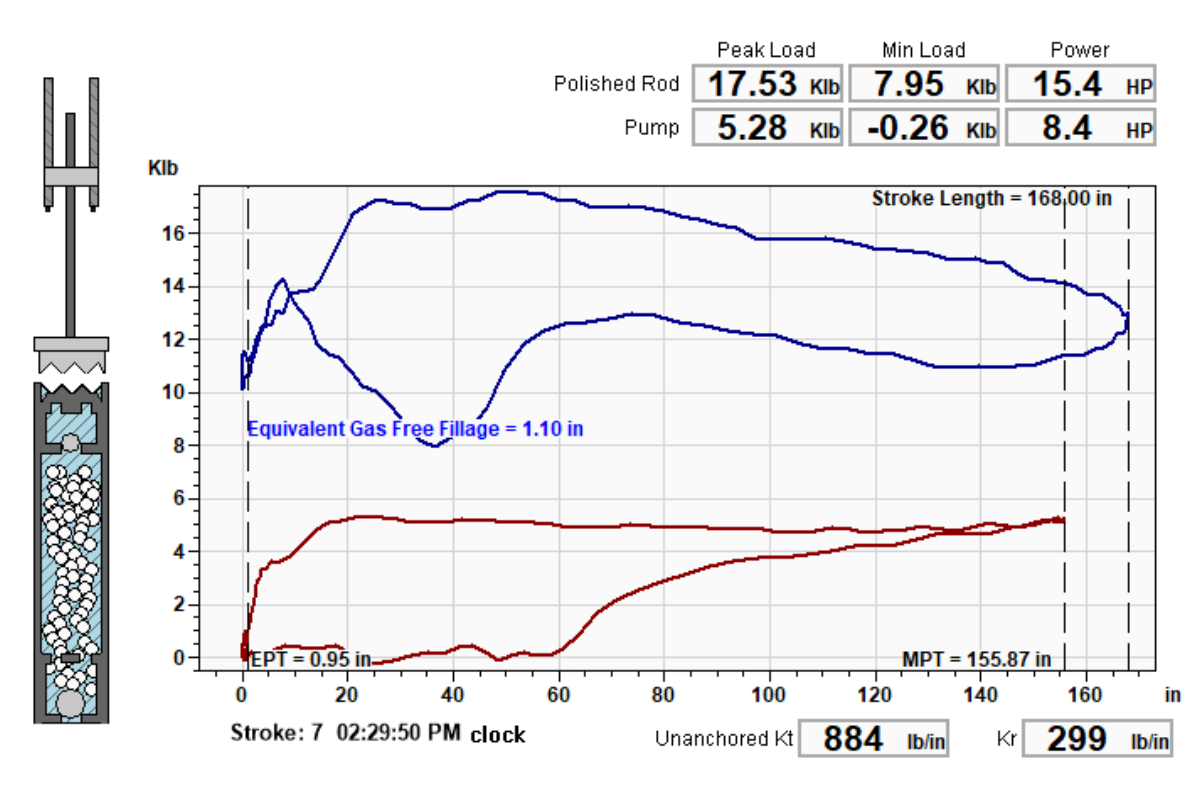 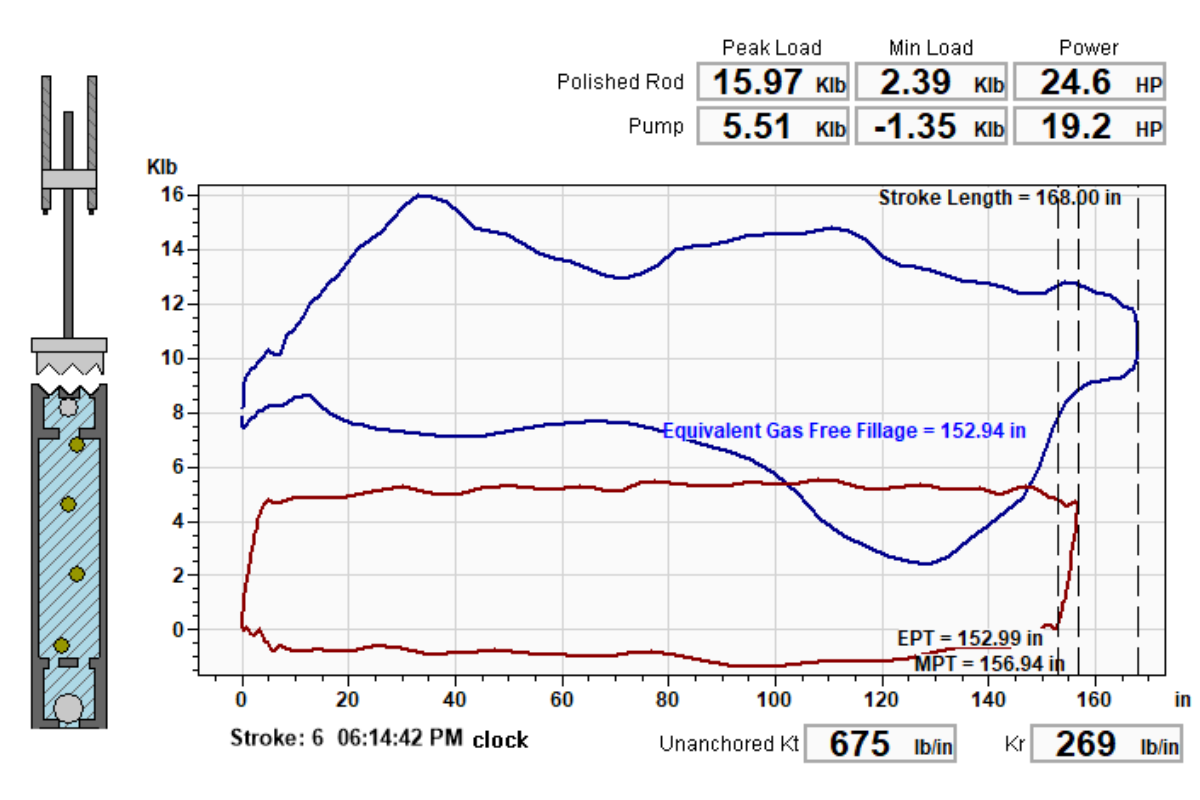