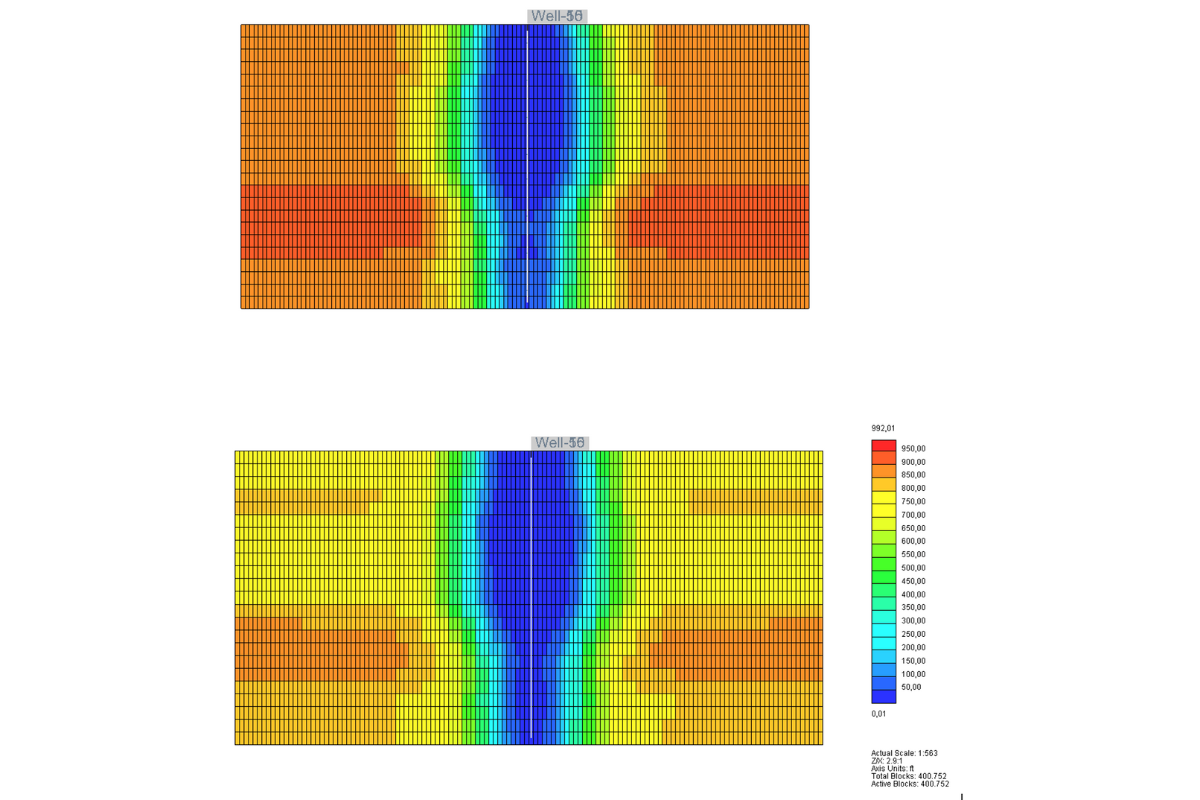 One of the recovery mechanisms generated by the implementation of thermal methods is the upgrading of the physicochemical properties of hydrocarbons. This improvement is produced from the occurrence of reactions such as acuthermolysis and thermal cracking that encourages the breaking of H-C bonds. The changes are evidenced in properties such as density and especially viscosity. Taking into account the importance of this effect on the increase in recovery and the properties of the fluids produced, its representation in physical and numerical models has become a topic of interest for current research centers.

Commercial reservoir simulators do not allow the direct representation of this phenomenon. Consequently, during the last years, different methodologies have been proposed for the numerical representation of the in situ upgrading of crude oils in the porous medium. The main focus of these studies has been the special development of compositional fluid models. These developments are based on characterization techniques such as SARA analysis and simulated distillation using gas chromatography. These characterization tests are performed on samples of base fluids and fluid samples after the application of the thermal process. In this way, the performance of the upgrading, the production of light, the percentage of conversion, and the changes at the compositional level are identified. In order to represent the chemical phenomenon, the definition of a kinetic model is required, which is related to the fluid model through the established pseudo components. The improvement occurs from the occurrence of reactions between the pseudo components and the conversion of a heavier pseudo component into a lighter one.

Here are some of the most representative studies:

The changes in recovery and in the viscosity obtained from the similar improvement are shown in the attached figures.